The short biographical novel Lenz by the German writer Georg Büchner, published posthumously in 1839, starts with a description of how in January 1778 the mentally ill poet Jacob Lenz walks across les Vosges to the village of Waldbach, where the philanthropical priest Johan Friedrich Oberlin was based. Waldbach is situated in the Steintal, which had been a place of asylum for prosecuted Protestants since the end of the sixteenth century.

In his travel journal Vom Gehen im Eis, the German film director Werner Herzog describes a walk from Munich to Paris in December 1974. His friend and film critic Lotte Eisner was diagnosed with cancer and Herzog believes that if he makes it to Paris on foot, sleeping along the way in empty holiday houses, she will make it. On his way he crosses les Vosges along the same route as Lenz did two hundred years earlier, passing through the village of Waldersbach (formerly called Waldbach), unaware of the coincidence.

I take both text fragments as a starting point for an artistic exploration. I walk the same route again -  several times over the course of a few years - and invite people to walk, reflect and create with me. 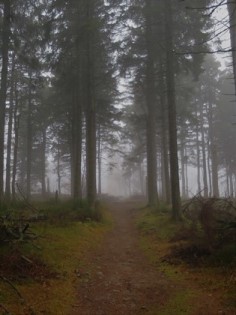 Of walking in ice

My evocation of Werner Lenz